Album Note:   A “conductor” on the Underground Railroad, Samuel N. Wood was the father of Chase County and a leader of every enlightened movement in Kansas from 1854 until his death by assassination in 1891. His widow wrote, “He was one of the heroic band who threw their lives between the infant State of Kansas and the demon of human slavery... They then  founded the state.” 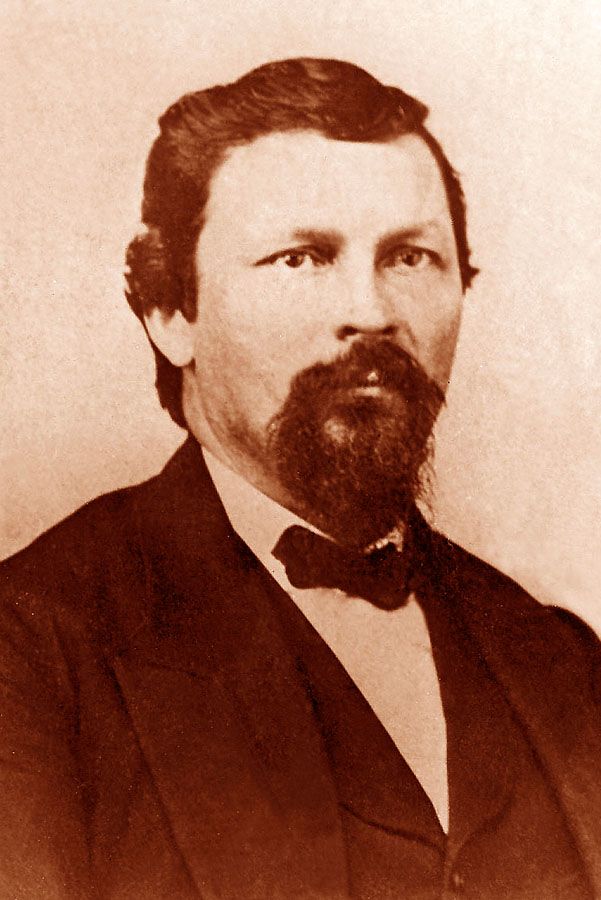 Slavecatcher’s braggin’, he’s comin’ up the road
Cover up your wagon, tighten up the load
The conductor is a Quaker lad, he knows just what to say
He’ll trick that fool slavecatcher, and save the runaway

Samuel was the Quaker lad who grew to be the man
Who gave up everything he had to join the Kansas band
Off into the Indian lands, through lawless Westport town
The border ruffians soon will know where Samuel Wood is bound

Gunmen block his pathway, they will not let him be
Every traveler has to say he’ll vote for slavery
Sam throws the big one to the ground, then steps into the night
The border ruffians have to learn these Kansas boys will fight

High on the grassy hilltop, enduring through the years
The weathered marker comforts “sleep old pioneer”
There for every fan of freedom, for every friend of good
Prairie wind forever sings the song of Samuel Wood

Honored dead are buried, survivors march along
The wounded must be carried but they sing John Whittier’s song
“We cross the prairies as of old the pilgrims crossed the sea
To make the west, like they the east, the homeland of the free”

A thousand souls descend upon this tiny prairie town
They come to mark the end of life, to lay his body down
The father of the county, the hero of the war
How right that every Kansan sing his praise forevermore